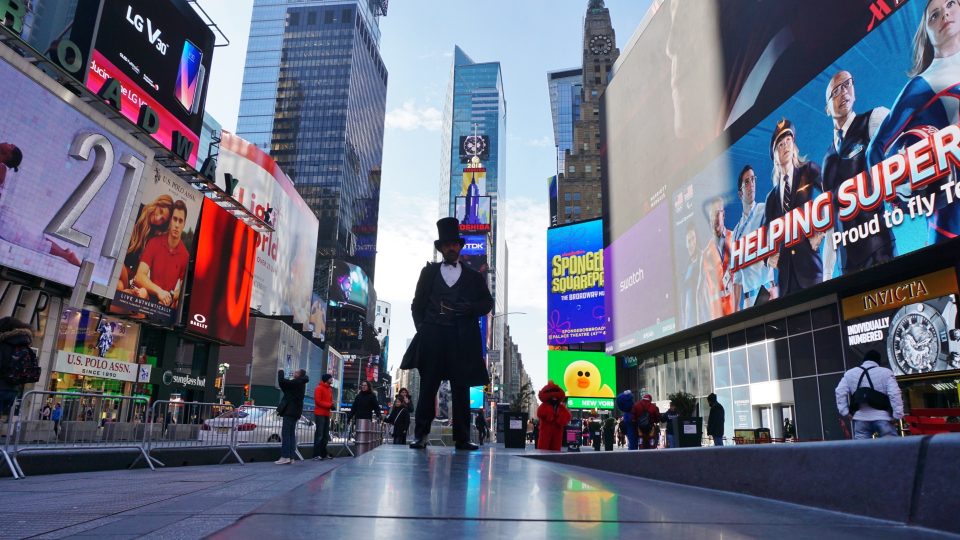 Have you ever seen someone come back to life that wasn’t a zombie?

No? Well, we made it happen. This tax season, OEAers and long-time client, Liberty Tax, put heads together to bring a new face to their “Send-A-Friend” incentive campaign. To promote this campaign, we employed the use of augmented reality to bring an image of President Ulysses S. Grant (as seen on the $50 bill) to life. While in store, Liberty Tax customers can download a FREE augmented reality app, AppAR8, onto their mobile devices.  The app activates a likeness of President Grant endorsing the $50 incentive for those who refer new customers who have paid tax preparation at Liberty Tax.

Liberty Tax has been known for its unconventional marketing techniques (Lady Liberty ‘wavers’, anyone?). To go along with this trend, OEA implemented a special guerrilla marketing tactic to further promote the AR app download for the “Send-A-Friend” campaign. On Presidents’ Day 2018, we found our very own Ulysses S. Grant, alive and well, and traveled with him to New York City to engage with unsuspecting New Yorkers and tourists. Giant Grant heads were waved around to pique people’s curiosity, encourage them to download the app and see General Grant for themselves.

In both playful and serious ways, augmented reality is becoming more popular and the AR market is expected to grow to a value of more than $60 billion. Anyone who owns a smartphone can participate in AR’s capabilities by simply downloading an app and using their phone’s camera. For our Liberty Tax purposes, it’s a fun way to increase engagement and brand awareness right in the peak of tax season. After we grab the attention of potential customers they’re directed to an enticing promotion. We think everyone can use a bit of lightheartedness during tax season, and a cool fifty bucks never hurt either.