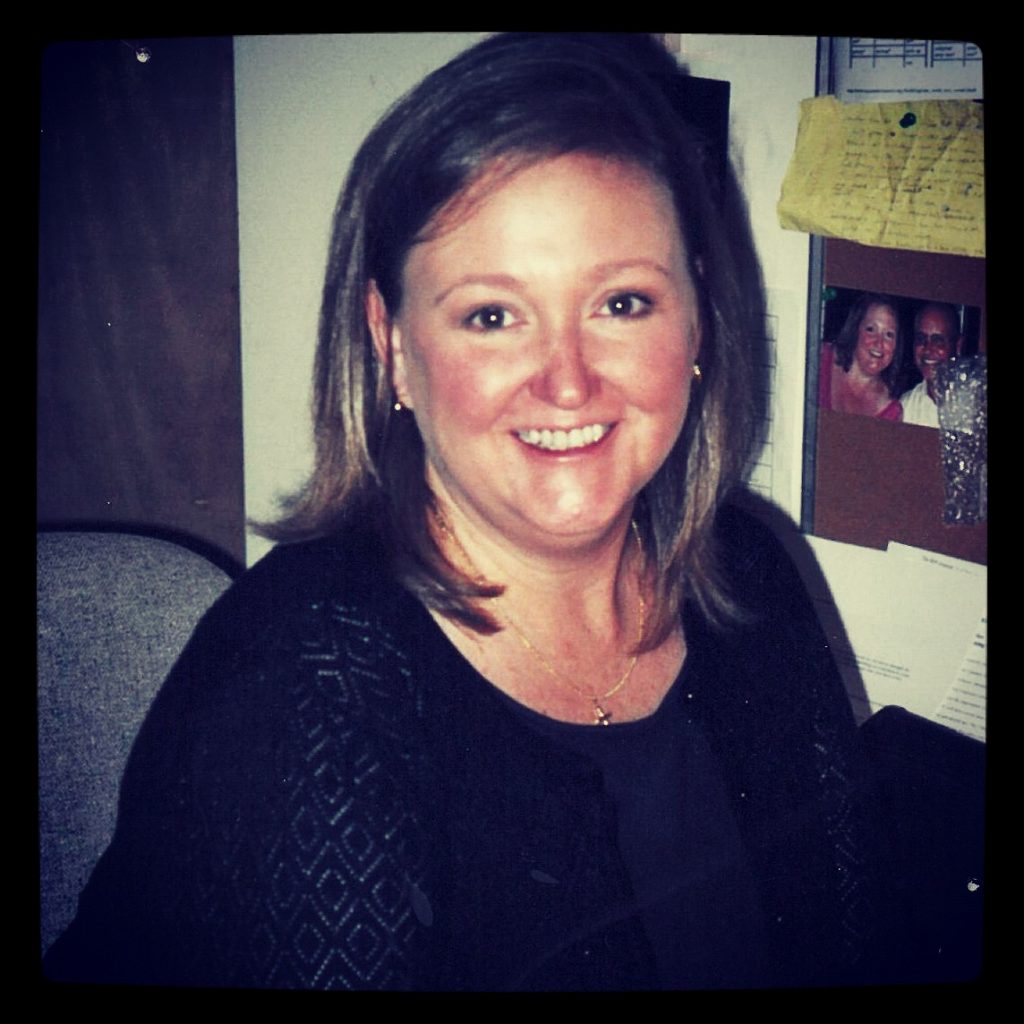 The woman who needs no introduction, the ridiculously talented Michele Jerome, our resident copywriter at O’Brien et al. Advertising.

1. What is your position at O’Brien et al. Advertising?

As a copywriter, I get to play with words daily. I’ve always liked to write and explore the corners of my mind (ahem) to find new ways to meet our clients’ objectives. Sometimes I can stray a little too far out, but fortunately my little corner cubby keeps me in line. One of the meter readers once dubbed me “the lady they make sit by herself,” which isn’t too far off track.

2. What do your responsibilities entail?

I write. And research. And brainstorm. And get to work with some of the most interesting and talented people I know. I get to Google often and find as much pride in writing a subject line for an email as I do working on larger projects. Just the other day I thought that not many people can say, “Hey, there’s a stain stick I wrote.” I also get to play with voice work from time to time and suffer from a disorder where I’m convinced that I have every medical condition I’ve ever had to research or discuss. That’s normal, right?

3. How long have you been with OEA?

I have been here since a lovely December day in 2000. So as Nigel Tufnel would say “I go to eleven.” I also pretty much act eleven.

4. What is your biggest grammar pet peeve?

My biggest grammar pet peeves are the ones I commit myself. We’re all human and language is a living, evolving organism, right? Or is that crazy talk? Hyphens disturb me sometimes. There used to be a website called Hyphen Hell, but I guess that guy got in trouble.

5. If you were written about in the newspaper, what would the headline on the front page say?

Woman Rallies for ADH…SQUIRREL!
-OR-
No News Today. Read This.

6. What should your catchphrase be?

7. If others in the office had to describe you in three words or less, what would they say?

8. So, you’ve dressed your son Charlie in some pretty awesome Halloween costumes; which one was your favorite and why?

Oh I couldn’t choose, but I thank you for the invitation to include 700 photos from my private collection. I’ll have to get them back from Brian, who keeps borrowing them from me. Here are a few of his costumes, and let’s not talk about the double Spidey incident, or how I ruined his “My School Years” photo collage by putting him in the same shirt two years in a row.

9. What are the odds the thesaurus was named after a dinosaur that had a way with words?

You speak the truth my friend, however, it’s also proof that language is, in fact, a living morphing creature. Thesaurus is actually derived from the Jurassic contraction of The’saurus, which was shortened from the The Sesquipedaliophobiasaurus, a word-rageous showoff who was taken down when a Brontosaurus crushed its glasses. Having lost its powers of sight, The’saurus was forced to compile lists of more economical words.

10. Is there one beauty product you can’t live without? What would you do if they suddenly discontinued it?

Scrunchies and Crocs baby – wait that’s two. Can I change my catchphrase to “Fashion Forward?”